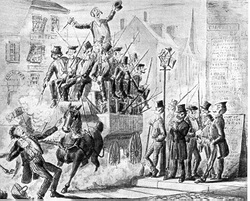 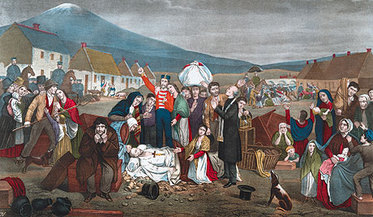 After the war of 1812, mass amounts of immigrants were shipped to Canada mainly from the UK. The new land offered opportunity to immigrants who wished to start anew in the New Land, and Canada was keen on a greater population incase the Americans were to invade. The majority settled in the lower eastern townships of canada due to the less harsh weather and the fertile soil. The Mohawks which are a native tribe feared that their territory would be sold off, however other tribe leaders signed treaties to ensure their territory. The voyage to the new land was not enjoyable. Immigrants stayed in the steerage of the coffin ships, and many of the immigrants picked up fatal diseases such as cholera. Many of the Irish and Scottish farmers came as tenant farmers, which meant they resided on their landlord's farms and maintained their crops. Many of the Irish immigrants came due to the Irish potato famine, where the potatoes picked up a virus called blight.