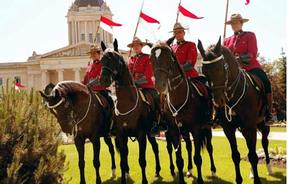 •American fur traders began trading alcohol to native in return for buffalo robes and other furs
•This led to widespread alcoholism, malnutrition and disease (alcohol was very potent)
•The North West Mounted Police was formed to halt the American whiskey traders
•They were a police force and paramilitary force 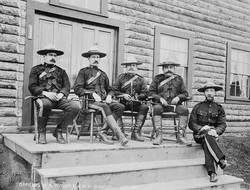 There were many American fur traders that began trading alcohol to natives and in return for buffalo robes and other buffalo furs. This led to a widespread alcoholism, malnutrition and disease due to the whiskey traders. The NWMP were sent in to stop this.

View North-West Mounted Police and over 3,000,000 other topics on Qwiki.