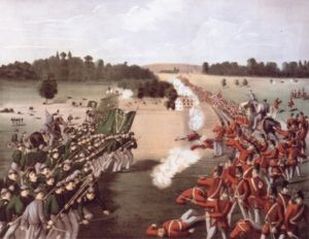 - Fenians were an Irish society who came to North America to Raid the British
- Were unhappy with the British because they believed the British had caused the Irish Potato Famine
- Many of the Fenians fought for the North in the American Civil war
- Attacked and captured Fort Erie
- Attacked Quebec and stayed for 2 days
- Had an unsuccessful border raid on New Brunswick
- John A MacDonald had used these raids to aid in uniting Canada
- Proclaimed Canada was under attack and needed to unify.
- Fenians killed Darcy McGee because we was an Irish man 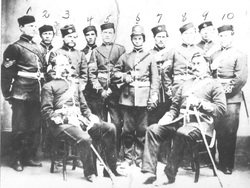 An Irish Society that attempted to raid Canada and aided Canada in unification because because it needed self defence.
http://en.wikipedia.org/wiki/Fenian_raids