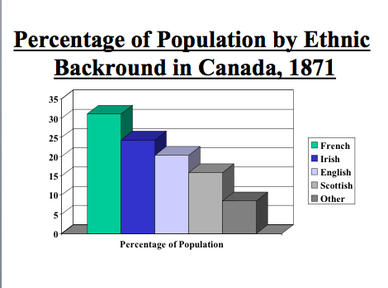 - Most of the First Canadian Settlers were of celtic origin ( Scotland and Ireland)
- Most of them Spoke Gaelic
- Most of Canadian History is Eurocentric
- Native, Black and Irish history was often over looked
- Many Black Slaves from America were snuck into Canada
- They were encouraged by anti-Slave homes (Quakers and  Mennonites) to come the the Promise Land
- Were not represented in the Government for over 100 years.
- Women were defined by social class, success was determined by their Husbands holdings
- Unmarried women were spinsters
- Poorer women often worked for wealthier women
- Did household jobs and preserved the harvests. 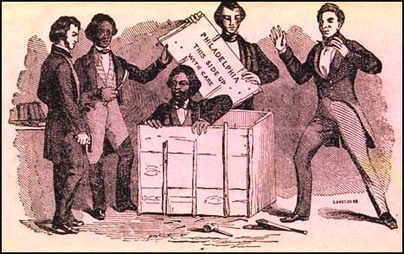 When Canada began to be populated with immigrants, it grew as a Multicultural country. Most of the Settlers were of Celtic Origin meaning they were coming mainly from Scotland and Ireland. Most of canadian history was Eurocentric meaning it is european based. Native, Black and Irish history was commonly overlooked and hardly written down. The Blacks came to canada by being snuck in through the underground railroad with the aid of anti-slave homes. Henrey 'Box' Brown was a famous icon for sneaking to Canada in a box. Canada was known as the promise land because Blacks were not used as slaves, however Blacks were not recognized in the government untill 100 years later. Women in canada were defined by their social class and their success was determined by their husband's holdings. It was often very important for women to be married up in scale, as their family would therefore have a higher rank. Women who were unmarried were called spinsters. Women stayed in the house and did the household jobs and preserved harvests.