Rebellions of 1837 in the Upper and Lower Canadas 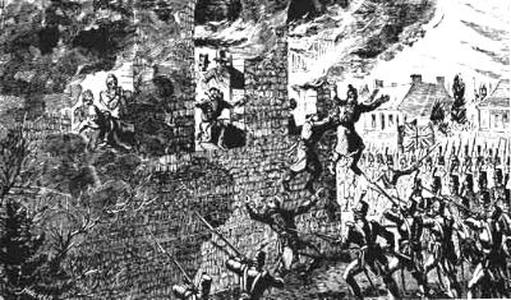 -Joseph Paineau's 92 resolutions for reform were submitted to the governor
-Rights were denied
-Papineau led Patriotes against government (lower Canada)
-W. Mackenzie wanted a rebellion at the same time(upper Canada)
-Rebellions failed on both sides
-Mackenzie fled to the USA dress as a woman
-Papineau escaped to the USA, however the other leaders were arrested, ending the rebellion
-Punishment for Rebels: 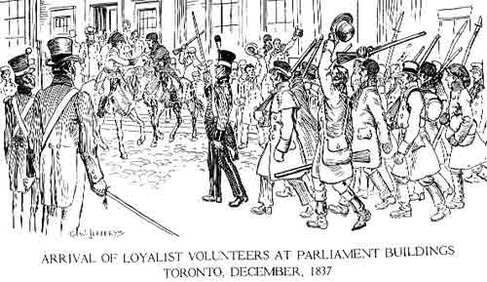 The Rebellions of 1837 began after Papineau's rights were denied by the governor to 92 resolutions of reform. Papineau had thought it was important that the people of Lower Canada should have a more suitable government, rather than the small oligarchy. After his rights were denied he led the Patriotes against the Oligarchy gov't. His attempt for reform through rebellion was unsuccessful, however, it sparked the idea of rebellion of W. Mackenzie in Upper Canada. Mackenzie started his rebellion in a tavern/ bar fight. The upper Canada Rebellion also ended quite unsuccessful. After the rebellions, Both Papineau and Mckenzie fled to the United States, leaving their follower rebels to face their punishments. As a result, the rebels would either have a death penalty or be transported to Bermuda/ Australia for 7 years. The lower Canadian rebels would have their crops and fields burned.